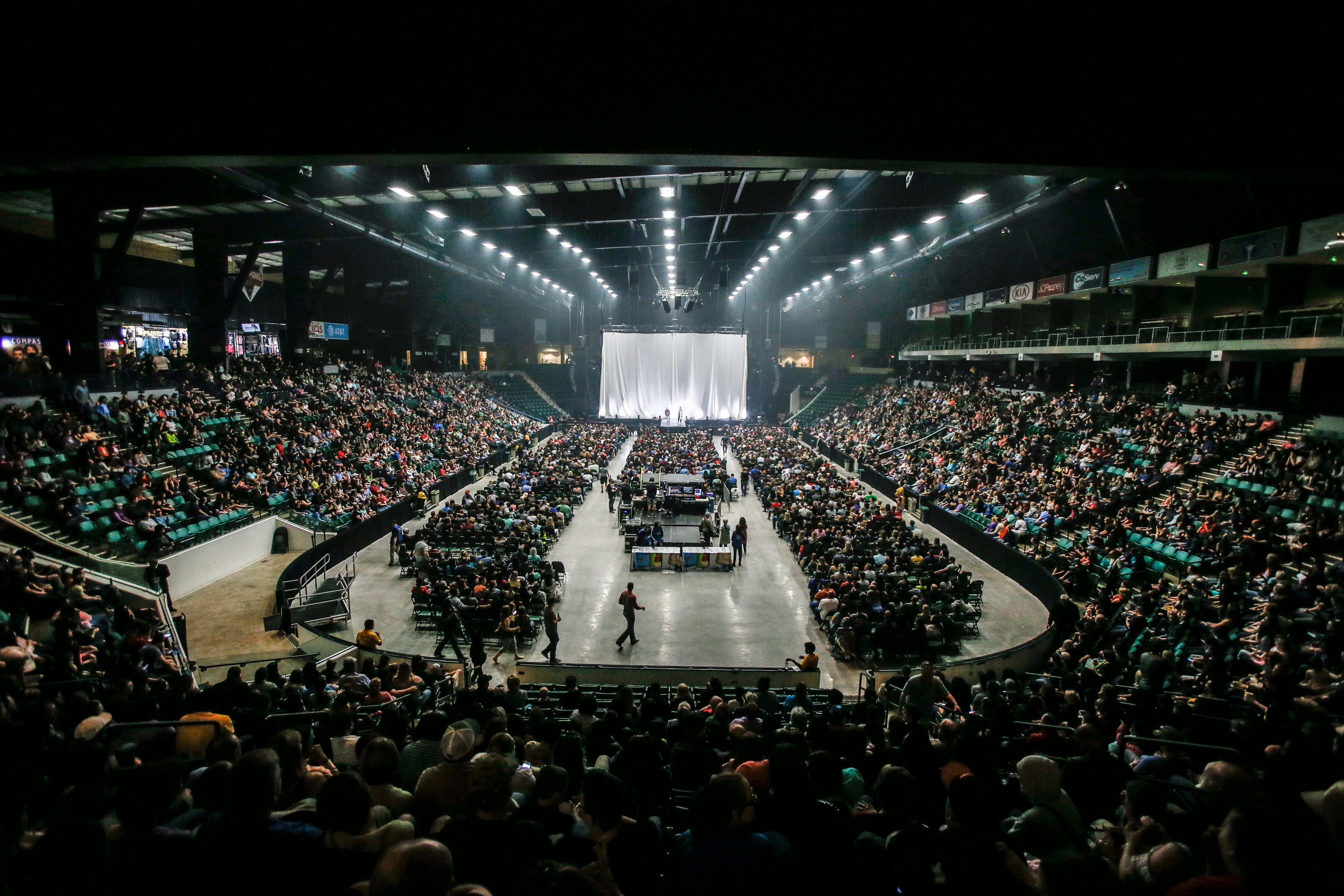 The Stars on Saturday will unveil improvements to and the new sponsorship of Comerica Center in Frisco.

It will be a big day for a large group of people within the organization who had a hand in refurbishing the team's practice facility and the accompanying arena that can host large crowds for hockey, basketball, concerts or various events.

"It's something that we've been working on for a while, and it really has been a labor of love," said Stars CEO Jim Lites. "The Gaglardi family put the money in and our people enacted a plan, and it's been a huge improvement."

The work is both cosmetically-pleasing and infrastructure-related, as the team changed a lot of the colors to victory green and silver, scaled up to high-end finishes, and also fixed some of the more mundane areas like the ice plants that make the ice possible.

"It's a huge investment," said Dan Stuchal, senior vice president of marketing. "And it's not just how it looks, it's how it works. A lot of the improvements, you can't even see, but they needed to get done."

Stuchal was part of a group that did a lot of the work, but he said the energy from the top was key. Stuchal credited team president Brad Alberts with a presence that helped push for swift completion.

"I give a ton of the credit to Brad Alberts," Stuchal said. "I'm not just saying that because he's my boss, this was important to him. It's always been important to me, obviously, but he made things happen. He really cared about how we were presenting ourselves, it really mattered to him, and that makes a huge difference in getting things done."

The Stars upgraded the NHL locker room and also redid the signage around the parking garage entrance and put all new finishes on the tunnel that leads from the parking garage. They also simplified the paint scheme within the ice areas, providing a cleaner palate that utilizes the team's newer colors. Dallas used to have a darker green and gold accents, but went with "Victory Green" and silver in the finishes in a 2013 rebrand.

"We felt very strongly that our new Victory Green color wasn't being represented near enough," said Stuchal. "There was forest green and other greens, and a lot of gold and black from our old logo, so we wanted to update all of that. And we wanted a clean, classic look that felt like hockey."

The team also designed the tunnel to pay homage to the Stars' history, with the 1999 Stanley Cup champions and all of the NHL trophy winners getting honored in metal lettering on a tile background.

The finish is crucial, said Alberts, and the results have been exciting.

"We knew that we had neglected a few things and that we needed to put some work in, and we did just that," Alberts said of Comerica Center. "It took a large group of great people, but we really feel it's a different building now, a building we can be proud of and a building we can utilize for all sorts of events."

That led to a change in sponsorship and Comerica Bank said it is proud to have a prominent place in the building.

"We are excited to take our longtime partnership with the Dallas Stars Hockey Club to the next level as the naming rights partner for Comerica Center," said James H. Weber, Comerica's Executive Vice President and Chief Marketing Officer. "This enhanced sponsorship will allow Comerica to expand its presence and significantly increase our exposure within our headquarters market, while continuing to strengthen brand awareness and affinity and raising expectations of what a bank can be with the Stars, NHL fans and in the North Texas communities we serve."

Comerica Bank will be able to take advantage of highly-visible signage in one of the fastest growing areas in the United States. The deal includes branding opportunities along the main entrance to the campus off of Gaylord Parkway, as well as in the parking garage and inside the building. That will be key as the arena continues to attract new events.

Comerica Bank also will get plenty of signage at American Airlines Center during games, as they will have one of the four new corner-ice logos, as well as a fixed sign just below the press box. There also will be significant exposure on broadcasts and in print media such as game programs.

"Our partnership with Comerica is really important," said Alana Matthews, executive vice president of business operations, and general counsel. "We've been very purposeful in letting the community know what we offer and our building here is a huge part of that. We have a 6,000-seat arena that can host a myriad of events, and we've invested a lot of money into improving our venue.

"We take a lot of pride in the improvements, because it lets the community know we're a first-class organization. We want people to see that."

In addition to serving as the home of Stars practice facility and corporate offices, Comerica Center also serves as home to the Texas Legends of the NBA G League and hosts concerts, family shows, corporate conferences and other sporting events. Among the highlights have been Cirque De Soleil, the Harlem Globetrotters, the Lone Star Conference Basketball Championships (both men and women), and Frisco ISD graduations.

Among the improvements are better dressing rooms and backstage areas for performers and organizations.

The arena also has a new concessionaire with Ryan Sanders Sports (RS3). The renovations to the building include state-of-art food and beverage services specifically tailored to the unique atmosphere of each event. RS3 also operates food services for the H-E-B Center in Cedar Park, home of the Texas Stars, as well as Dell Diamond and United Heritage Center in Round Rock and Circuit of the Americas and 36 Amphitheater in Austin.

"We really feel we have an incredible building, as we're very proud that Comerica feels the same way," said Matthews. "It is a competitive marketplace (In Frisco), but we feel we have attributes in functionality that allow us to differentiate ourselves from the Cowboys facilities or FC Dallas. We feel we can offer a different experience for acts and fans. We're hosting more events than we ever have, and we're seeing a constant uptick in interest in our building."

In addition to refurbishing the Comerica Center, the Stars also have upgraded their seven other community StarCenters, and Lites said that doing all of the buildings has helped push the organization's brand even higher throughout North Texas and has connected with kids and parents who use the buildings.

"We're more engaged with people now, and the StarCenters have played a big part in that," said Lites. "Plus, it's been good for business, as well. Those StarCenters used to be big losers for us. Now, we have increased our participation in youth leagues, and the profitability has increased. Now, we can build new ones and increase participation."

Which makes Saturday a day worthy of celebration.

"I do credit our leadership here, Brad and Jim at the top," said Matthews. "We are making sure our standards that we strive to meet are very high. We have systematically gone through and asked, 'Where can we be better?' We want to have every aspect of our business represent our desire to achieve excellence."

This story was not subject to the approval of the National Hockey League or Dallas Stars Hockey Club.

Mike Heika is a Senior Staff Writer for DallasStars.com and has covered the Stars since 1994. Follow him on Twitter @MikeHeika.